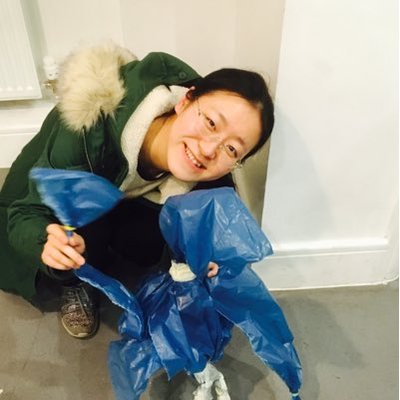 I am a theatre maker from China. Since 2011 I’ve been making theatre shows with my friends and offering workshops to young actors. In 2016 I traveled to Britain and studied at East 15 Acting School and graduated with merit in 2017 from Theatre Directing MA program. During the training, I studied and explored Shakespeare, adaptation, collaboration with other theatre practitioners and physical theatre. I’ve also been attending classes in acting, dancing and music in London. I’m equipped with the tool kits and knowledge of working as a professional director in theatre. I aspire to make theatre shows that both entertain and challenge the mind of the audience. And I enjoy streching my creativity to overcome limitations. I listen to the script and the author, do detailed preparations but work organically with my actors in the room. I also teach Mandarin, English and worked as a translator and interpreter in various contexts.

I also work in dance and am currently working on a street dance project about gender issues.

There are no images in the gallery.